Join us for an afternoon of conversation with author Andrzej Tichý and translator Nichola Smalley. They’ll be discussing the novel Wretchedness.

Malmö, Sweden. A cellist meets a spun-out junkie. That could have been me. His mind starts to glitch between his memories and the avant-garde music he loves, and he descends into his past, hearing all over again the chaotic song of his youth. He emerges to a different sound, heading for a crash.

From sprawling housing projects to underground clubs and squat parties, Wretchedness is a blistering trip through the underbelly of Europe’s cities. Powered by a furious, unpredictable beat, this is a paean to brotherhood, to those who didn’t make it however hard they fought, and a visceral indictment of the poverty which took them.

Andrzej Tichý was born in Prague to a Polish mother and a Czech father. He has lived in Sweden since 1981. The author of five novels, a short story collection and a wide range of nonfiction and criticism, Tichy is widely recognized as one of the most important novelists of his generation. His latest novel Eländet (Wretchedness) is a postpolitical foray into modern day Swedish society. It was shortlisted for the August Prize 2016, Sweden’s most prestigious literary prize.

Nichola Smalley is a translator of Swedish and Norwegian literature, and works as a publicist for And Other Stories. 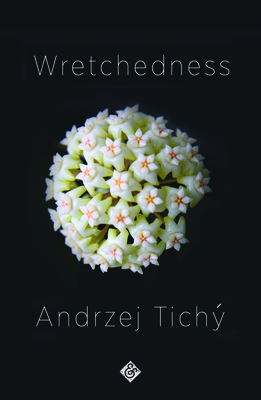