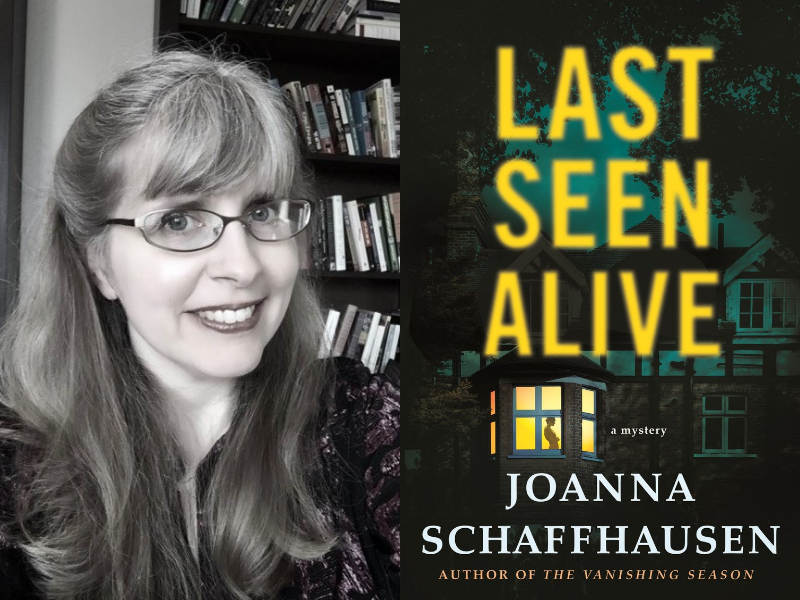 Celebrate Joanna Schaffhausen's Gone for Good free or with book!

Books purchased on the registration page will be signed and personalized!

Gone for Good is the first in a new mystery series from award-winning author Joanna Schaffhausen, featuring Detective Annalisa Vega, in which a cold case heats up.

The Lovelorn Killer murdered seven women, ritually binding them and leaving them for dead before penning them gruesome love letters in the local papers. Then he disappeared, and after twenty years with no trace of him, many believe that he’s gone for good.

Not Grace Harper. A grocery store manager by day, at night Grace uses her snooping skills as part of an amateur sleuth group. She believes the Lovelorn Killer is still living in the same neighborhoods that he hunted in, and if she can figure out how he selected his victims, she will have the key to his identity.

Detective Annalisa Vega lost someone she loved to the killer. Now she’s at a murder scene with the worst kind of déjà vu: Grace Harper lies bound and dead on the floor, surrounded by clues to the biggest murder case that Chicago homicide never solved. Annalisa has the chance to make it right and to heal her family, but first, she has to figure out what Grace knew—how to see a killer who may be standing right in front of you. This means tracing his steps back to her childhood, peering into dark corners she hadn’t acknowledged before, and learning that despite everything the killer took, she has still so much more to lose.

Joanna Schaffhausen wields a mean scalpel, skills developed in her years studying neuroscience. She has a doctorate in psychology, which reflects her long-standing interest in the brain—how it develops and the many ways it can go wrong. Previously, she worked for ABC News, writing for programs such as World News Tonight, Good Morning America, and 20/20. She lives in the Boston area with her husband and daughter. She is also the author of The Vanishing Season, No Mercy, All the Best Lies, and Every Waking Hour.