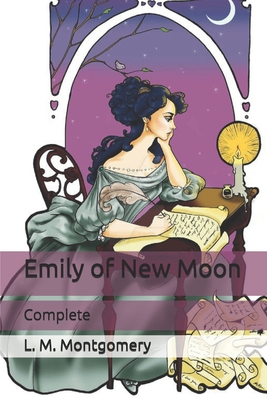 EMILY stood quite still and looked up at Ellen's broad, red face-as still as if she had beensuddenly turned to stone. She felt as if she had. She was as stunned as if Ellen had struck her aphysical blow. The colour faded out of her little face and her pupils dilated until they swallowed upthe irides and turned her eyes into pools of blackness. The effect was so startling that even EllenGreene felt uncomfortable."I'm telling you this because I think it's high time you was told," she said. "I've been at your pafor months to tell you, but he's kept putting it off and off. I says to him, says I, 'You know how hardshe takes things, and if you drop off suddent some day it'll most kill her if she hasn't been prepared.It's your duty to prepare her, ' and he says, says he, 'There's time enough yet, Ellen.' But he's neversaid a word, and when the doctor told me last night that the end might come any time now, I justmade up my mind that I'd do what was right and drop a hint to prepare you. Laws-a-massy, child, don't look like that You'll be looked after. Your ma's people will see to that-on account of theMurray pride, if for no other reason. They won't let one of their own blood starve or go tostrangers-even if they have always hated your pa like p'isen. You'll have a good home-better'nyou've ever had here. You needn't worry a mite. As for your pa, you ought to be thankful to see himat rest. He's been dying by inches for the last five years. He's kept it from you, but he's been a greatsufferer. Folks say his heart broke when your ma died-it came on him so suddent-like-she wasonly sick three days. That's why I want you to know what's coming, so's you won't be all upset whenit happens. For mercy's sake, Emily Byrd Starr, don't stand there staring like that You give me thecreeps You ain't the first child that's been left an orphan and you won't be the last. Try and besensible. And don't go pestering your pa about what I've told you, mind that. Come you in now, outof the damp, and I'll give you a cooky 'fore you go to bed.