I Adore My Brother 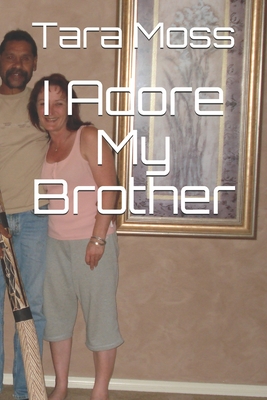 I Adore My Brother

Melbourne, Australia. It was November 1964 and my father Phillip was taking his wife Carol to the airport in Melbourne to fly to Sydney to pick up precious cargo, my 17 month old older brother, Laurence Paul Numaja was coming down to Sydney from the Darwin Orphanage as he was now adopted into their family in Melbourne after a very long process. My parents were insistent with the Orphanage that they did not want to take a child from his family, he had to be an orphan or his mother gave him up willingly for her own reasons. Yes, it was insisted that Paul had no family and it was for the best that he be adopted, the White Australia Policy was in full force at that stage in time. The information my parents were given was his mother was a bush aboriginal 14 year old and that she could no longer look after Paul, it seemed a logical story as Paul had been in the orphanage for a while, it was only years later we found out the complete opposite was true. It is still contentious to this day what happened. I don't want to get political but what happened to Paul and other indigenous Australians wasn't right, including his siblings that we found out about when the adoption laws changed in 1984 in Victoria. Paul was 21.My mother met him straight off the plane, there he was with a raggedy teddy bear as his only possession and there was a delayed wait to catch the next flight home to Melbourne.She was sitting quietly with little Paul by her side and she noticed an approaching little nun dressed in a blue and white nuns habit and she was making a beeline straight toward them, she engaged my mother in conversation about Paul's heritage as he was an indigenous child, as mum explained that she had flown up from Melbourne to collect Paul as he had just been adopted by my parents. The little nun placed her hand on his head and she gave him a blessing, she had come from the slums in India where she worked with orphaned children on the streets. My mother didn't realise until back in Melbourne that she saw a photo and reading in the paper about the little nun from India who was visiting Australia and her name was Mother Teresa. What a start in his new life to be blessed by someone so compassionate and giving. The flight home was also an interesting for him as the Air Hostess approached my mother and asked if she could take Paul into the cockpit to meet the pilot which my mother had agreed to, the invitation was only for Paul, not my mother to her chagrin, her new son was becoming a rock star.Paul Stuart Moss as he now had a new name attracted a lot of attention as he was a very engaging toddler, very energetic and as it turned out later on, very athletic as well. I wasn't even born yet, my parents were newly married and decided to give an orphan a home for their own reasons. I admire them for that as I adore my eldest brother.