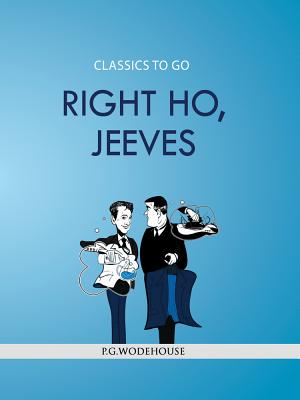 Bertie returns to London from several weeks in Cannes spent in the company of his Aunt Dahlia Travers and her daughter Angela. In Bertie's absence, Jeeves has been advising Bertie's old school friend, Gussie Fink-Nottle, who is in love with Madeline Bassett. (Excerpt from Wikipedia)

Sir Pelham Grenville Wodehouse (1881 - 1975) was an English author and one of the most widely read humorists of the 20th century. Born in Guildford, the son of a British magistrate based in Hong Kong, Wodehouse spent happy teenage years at Dulwich College, to which he remained devoted all his life. After leaving school he was employed by a bank but disliked the work and turned to writing in his spare time. His early novels were mostly school stories, but he later switched to comic fiction, creating several regular characters who became familiar to the public over the years. They include the feather-brained Bertie Wooster and his sagacious valet, Jeeves; the immaculate and loquacious Psmith; Lord Emsworth and the Blandings Castle set; the Oldest Member, with stories about golf and Mr Mulliner, with tall tales on subjects ranging from bibulous bishops to megalomaniac movie moguls.