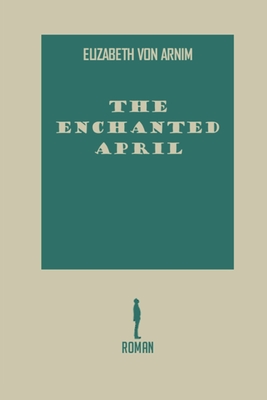 The Enchanted April is a 1922 novel by British writer Elizabeth von Arnim. The work was inspired by a month-long holiday to the Italian Riviera, probably the most widely read (as an English and American best seller in 1923 1]) and perhaps the lightest and most ebullient of her novels.

The novel follows four dissimilar women in 1920s England who leave their rainy, grey environments to go on holiday in Italy. Mrs Arbuthnot and Mrs Wilkins, who belong to the same ladies' club but have never spoken, become acquainted after reading a newspaper advertisement for a small medieval castle on the Mediterranean to be let furnished for the month of April. They find some common ground in that both are struggling to make the best of unhappy marriages. They also reluctantly take on the waspish, elderly Mrs Fisher and the stunning but aloof Lady Caroline Dester to defray expenses. The very genuine and open Lottie Wilkins, often muddled and awkward in her speech, has been married only a few years, but she and her husband are rubbing each other the wrong way; as the novel progresses, her intuition into her new friends' feelings and needs plays a major role. Rose Arbuthnot is a highly religious lady who does extensive charity work, but is married to an author of racy popular novels who neglects her, partly because of her persistent disapproval of his work. Lady Caroline Dester is a beautiful socialite who is tired of the burden of London society and is beginning to regard her life as shallow and empty, after a man she loved died in WWI. Mrs. Fisher is a pompous, snobbish, highly proper lady who knew many Victorian luminaries and regards herself as the hostess and in control of the holiday; she prefers to live in her memories of times past rather than embracing the present and is emotionally closed-off. The four women experience interpersonal tensions but eventually come together at the castle and find rejuvenation in the tranquil beauty of their surroundings, rediscovering hope and love.