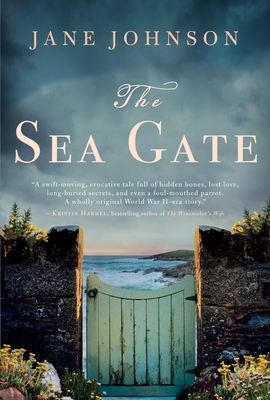 By  Jane Johnson
Paperback
$ 17.99
Out of Stock In Store (Available to Order)

A broken family, a house of secrets—an entrancing tale of love and courage set during the Second World War.

After Rebecca’s mother dies, she must sort through her empty flat and come to terms with her loss. As she goes through her mother’s mail, she finds a handwritten envelope. In it is a letter that will change her life forever.

Olivia, her mother’s elderly cousin, needs help to save her beloved home. Rebecca immediately goes to visit Olivia in Cornwall only to find a house full of secrets—treasures in the attic and a mysterious tunnel leading from the cellar to the sea, and Olivia, nowhere to be found.

As it turns out, the old woman is stuck in hospital with no hope of being discharged until her house is made habitable again. Rebecca sets to work restoring the home to its former glory, but as she peels back the layers of paint and grime, she uncovers even more buried secrets—secrets from a time when the Second World War was raging, when Olivia was a young woman, and when both romance and danger lurked around every corner...

A sweeping and utterly spellbinding tale of a young woman’s courage in the face of war and the lengths to which she’ll go to protect those she loves against the most unexpected of enemies.

Jane Johnson is a novelist, historian, and publisher. She is the UK editor for many bestselling authors, including George R.R. Martin. She has written for both adults and children, including the bestselling novel The Tenth Gift. Writing under the pen name Jude Fisher, she wrote the companion books to Peter Jackson’s Lord of the Rings and The Hobbit movie trilogies. Jane is married to a Berber chef she met while climbing in Morocco. She divides her time between London, Cornwall, and the Anti-Atlas Mountains. Connect with her on Twitter @JaneJohnsonBakr, on Instagram @JaneJohnsonBakrim, or visit her website at JaneJohnsonBooks.com.