The Roxy Letters: A Novel 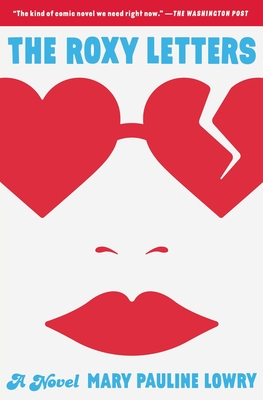 The Roxy Letters: A Novel

By  Mary Pauline Lowry
Paperback
$ 17.00
On Our Shelves Now

Meet Roxy. For fans of Where’d You Go, Bernadette and Bridget Jones’s Diary comes “just the kind of comic novel we need right now” (The Washington Post) about an Austin artist trying to figure out her life one letter to her ex-boyfriend at a time.

Bridget Jones penned a diary; Roxy writes letters. Specifically: she writes letters to her hapless, rent-avoidant ex-boyfriend—and current roommate—Everett. This charming and funny twenty-something is under-employed (and under-romanced), and she’s decidedly fed up with the indignities she endures as a deli maid at Whole Foods (the original), and the dismaying speed at which her beloved Austin is becoming corporatized. When a new Lululemon pops up at the intersection of Sixth and Lamar where the old Waterloo Video used to be, Roxy can stay silent no longer.

As her letters to Everett become less about overdue rent and more about the state of her life, Roxy realizes she’s ready to be the heroine of her own story. She decides to team up with her two best friends to save Austin—and rescue Roxy’s love life—in whatever way they can. But can this spunky, unforgettable millennial keep Austin weird, avoid arrest, and find romance—and even creative inspiration—in the process?

With timely themes and hilarious, laugh-out-loud moments, Roxy Letters is a smart and clever story that is “bursting with originality, quirky wit, and delightful charm” (Hannah Orenstein, author of Playing with Matches).

Mary Pauline Lowry is a native of Austin, Texas. She received her MFA from Boise State University. The author of the novels The Roxy Letters and Wildfire, she’s also a regular contributor to O, The Oprah Magazine. Her work has appeared in The New York Times Magazine, The New York Times, The Millions, and other publications.