Why the Jews?: The Need to Scapegoat 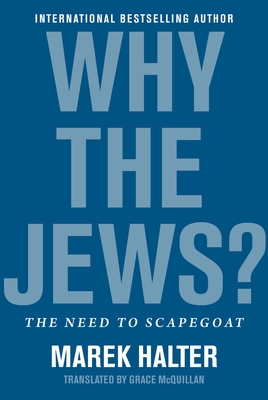 Why the Jews?: The Need to Scapegoat

Translated by  Grace McQuillan , Marek Halter
$ 19.99
Likely On Our Shelves

Seventy-five years after the Holocaust, which decimated a people several thousand years old, after we swore in an almost unanimous voice, "Never again," the scourge of anti-Jewish sentiment invades our sidewalks again, especially in Western Europe, including France, the homeland of human rights. Marek Halter, a Jew himself, asks, "Why always the Jews?" This hard-hitting essay examines all the false trials of Jews—religious or otherwise—during troubled periods throughout the world's history.

Grace McQuillan has translated the works of Andreï Makine, Stéphane Allix, and has received a French Voices Award for her translation of Le Crieur de Nuit by Nelly Alard. Her work has also appeared in The Brooklyn Rail and PBS NewsHour. Originally from New Jersey, she now lives in Nevis.

Marek Halter was born in Poland in 1936. During World War II, he and his parents narrowly escaped from the Warsaw ghetto. After a time in Russia and Uzbekistan, they emigrated to France in 1950. Halter embarked on a career as a painter that led to several international exhibitions. He is also the author of several internationally acclaimed, bestselling historical novels, including Messiah, The Wind of the Khazars, Sarah, Tzipporah, Lilah and the Book of Abraham, which won the Prix du Livre Inter.