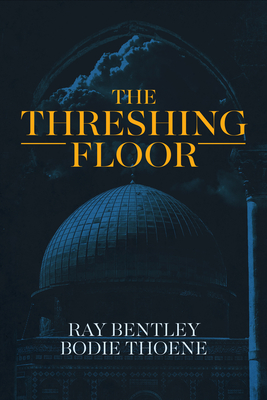 A dangerous secret. A vicious plot. Visions of the past. While Jack Garrison is forever a changed man free of his bitterness, his future looks uncertain. After protecting him from a terrorist attack, the girl he loves, Bette Deekmann, struggles to stay alive all while harboring a dangerous secret. As her past comes to light, Jack finds himself wondering—who is she, really? While he digs deeper into her mysterious identity, his visions of the past continue to draw him into Israel’s history. But, soon, Jack begins to see that both Bette and Israel are a part of God’s bigger plan as well as the focus of an age-old battle—a violent and dangerous war. Prophecy, history, and captivating story-telling intertwine as Ray Bentley and Bodie Thoene reveal the second installment of The Elijah Chronicles: The Threshing Floor.

Ray Bentley founded Maranatha Chapel in August 1984 teaching a mid-week bible study in a recreation center with 30 people. Now, Maranatha serves 7,000 people weekly, and Ray Bentley is considered a prophecy expert, published author, and hosts his own daily radio show. He and his wife Vicki have been married for 40 years and together they have been blessed to serve in ministry with their two grown children along with their spouses, Daniel and Jill Bentley and Shawn and Annie Stone. Ray and Vicki also have six grandchildren they adore. Bodie and Brock Thoene have written over 70 works of historical fiction. Over thirty-five million of these best-selling novels are in print in 30 languages. Eight ECPA Gold Medallion Awards affirm what millions of readers have already discovered: the Thoenes are not only master stylists but experts at capturing readers minds and hearts.