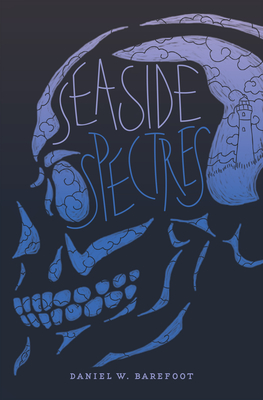 Seaside Spectres collects ghost stories from the coastal region of North Carolina as part of the Haunted North Carolina series. This book includes stories told around beach campfires, in grandma's attic, and on nighttime drives to the coast. There are thirty-three stories in all, one for each coastal county, including tales of ghosts, witches, demons, spook lights, unidentified flying objects, unexplained phenomena, and more.

In "The Cursed Town," an eighteenth-century preacher curses the town of Bath--a curse from which the town never recovered. "Terrors of the Swamp" details the unexplained happenings in the Great Dismal Swamp--mysterious lights, a haunting from the American Revolution, and a creature called the Dismal Swamp Freak. In "The Fraternity of Death," readers meet the nineteenth-century cult whose members mocked the Last Supper and died under mysterious circumstances soon afterward, inspiring a story by Robert Louis Stephenson.

Seaside Spectres contains a new foreword by Scott Mason, WRAL's Tar Heel Traveler and author of three North Carolina guidebooks. Other books in the Haunted North Carolina series feature tales of the mountains, Haints of the Hills, and tales of the state's central region, Piedmont Phantoms.