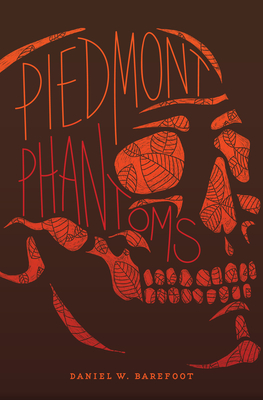 Piedmont Phantoms collects ghost stories from the populous central region of North Carolina as part of the Haunted North Carolina series. This book includes stories told around campfires, in grandma's attic, and on nighttime drives on the backroads of the Piedmont. There is a story for each county in the Piedmont, forty in all, including tales of ghosts, witches, demons, spook lights, unidentified flying objects, unexplained phenomena, and more.

"Capitol Haunts," the Wake County story, tells of strange doings at the State Capitol--an unoccupied elevator moving from floor to floor, an unseen hand touching a security guard, the sounds of books falling off shelves and barrels rolling down stairs. "Ghostly Legacy of the Swamp Fox," the Robeson County story, introduces the spirits of the traitor who betrayed Revolutionary War general Francis Marion and the Highland Scot girl who made him do it. "The Hunter at the Zoo," the Randolph County story, describes the ghost of the Confederate recruiter who once hunted human prey at what is now North Carolina Zoological Park.

Piedmont Phantoms contains a new foreword by Scott Mason, WRAL's "Tar Heel Traveler" and author of three North Carolina guidebooks. Other books in the Haunted North Carolina series feature tales of the mountains, Haints of the Hills, and tales of the coast, Seaside Spectres.