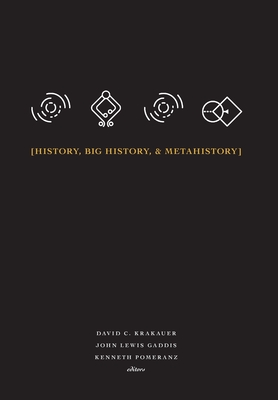 What is history anyway? Most people would say it's what happened in the past, but how far back does the past extend? To the first written sources? To what other forms of evidence reveal about pre-literate civilizations? What does that term mean--an empire, a nation, a city, a village, a family, a lonely hermit somewhere? Why stop with people: shouldn't history also comprise the environment in which they exist, and if so on what scale and how far back? And as long as we're headed in that direction, why stop with the earth and the solar system? Why not go all the way back to the Big Bang itself?

There's obviously no consensus on how to answer these questions, but even asking them raises another set of questions about history: who should be doing it? Traditionally trained historians, for whom archives are the only significant source? Historians willing to go beyond archives, who must therefore rely on, and to some extent themselves become, psychologists, sociologists, anthropologists, archeologists? But if they're also going to take environments into account, don't they also have to know something about climatology, biology, paleontology, geology, and even astronomy? And how can they do that without knowing some basic physics, chemistry, and mathematics?

This inaugural volume of the SFI Press (the new publishing arm of the Santa Fe Institute) attempts to address these questions via thoughtful essays on history written by distinguished scholars--including Nobel laureate Murray Gell-Mann--from across a wide range of fields.