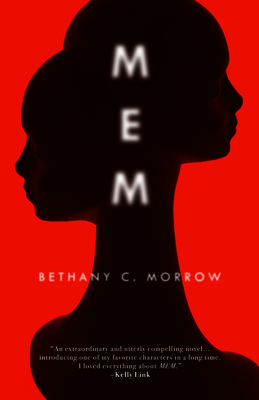 "Bethany C. Morrow achieves the nearly impossible feat of creating truly new speculative fiction; reading it feels like discovery." -- BuzzFeed In Jazz Age Montreal, an underground Vault imprisons living memories. Known as Mems, theses physical clones of other people are doomed to experience a single memory over and over--one that belongs not to them, but to the memory's original Source. Lacking thoughts or personality of their own, Mems expire inside the Vault, where they are monitored by scientists known as Bankers. That is, except for one 19-year-old Mem--Dolores Extract n. 1--who shocks the world with the capacity to make her own memories. With the help of the doctor who created her, Dolores is released from captivity and establishes an independent life in the glittering city. She is a beautiful enigma, celebrated by a public obsessed with this dangerous procedure. When she is suddenly summoned back to the Vault, she must confront the Bankers and her own Source to discover the ultimate truth: is she human, or not?

A California native, Bethany C. Morrow spent six years living in Montreal, Quebec. Her speculative literary fiction uses a focus on character and language to engage with, comment on and investigate worlds not unlike our own. MEM is her debut novel. She currently resides in upstate New York.