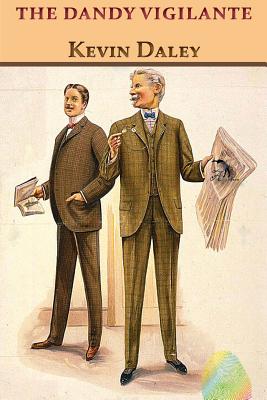 The Dandy Vigilante: Dax Grantham is a Boston reporter with an uncertain past, martial arts training, and a psychologist wife who skulks around with the mayor's chief-of-staff. As an investigative journalist, Dax disguises himself as an old man and follow his possibly unfaithful wife, but he loses her trail when he stops to rescue an elderly woman from a gang of street toughs. Witnesses dub him the Dandy Vigilante and life gets more complicated when Dax's news editor unwittingly assigns him to cover the news story about himself and his violent rescues. Delving deeper into his own story, Dax discovers an uncomfortable link between his wife and city hall, and soon the murder of the mayor's chief-of-staff. When his wife is charged with first-degree murder, Dax must choose between her version of the truth and one he's always believed to be true in order to clear her. Everything changes when he is charged with the same murder and helping her could hurt him. At every turn, powerful people and the law stand in his way, but he's willing to break them all - and himself - to save all he holds dear - even if that means committing murder. Deep connections to his past resurface which his wife knows will either save his life or end it. In the end, Dax discovers the truth isn't always certain and uncovering it can have disastrous consequences.