Bright Before Us (POWELL'S INDIESPENSIBLE EDITION) 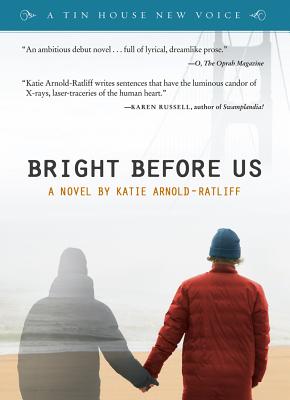 Bright Before Us (POWELL'S INDIESPENSIBLE EDITION)

A haunting debut novel that explores the fraught journey toward adulthood, the nature of memory, and the startling limits to which we are driven by grief

Facing the prospect of fatherhood, disillusioned by his fledgling teaching career, and mourning the loss of a former relationship, Francis Mason is a prisoner of his past mistakes. When his second-grade class discovers a dead body during a field trip to a San Francisco beach, Francis spirals into unbearable grief and all-consuming paranoia. As his behavior grows increasingly erratic, and tensions arise with the school principal and the parents of his students, he faces the familiar urge to flee—a choice that forces him to confront the character weaknesses that have shattered his life again and again, and to accept the wrenching truth about the past he's never been able to move beyond. A haunting debut novel, Bright Before Us explores the fraught journey toward adulthood, the nature of memory, and the startling limits to which we are driven by grief.

Katie Arnold-Ratliff received her MFA from Sarah Lawrence College. She is on the editorial staff of O, the Oprah Magazine, where her writing appears regularly. She lives in New York.