How Historians Work: Retelling the Past-From the Civil War to the Wider World 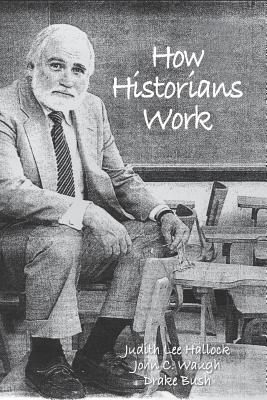 How Historians Work: Retelling the Past-From the Civil War to the Wider World

History does not simply happen. Most often it is the result of years of graduate training, assiduous research, and careful writing. Without historians we would be ignorant of our history. Yet, far too often we focus on the final product and ignore the dedicated men and women who have dedicated their lives to producing the books. So how do historians work? The answer, as revealed in the pages of this exciting new anthology, is as varied as the historians themselves. The editors have interviewed some of the nation's most highly respected practitioners to determine their approach to teaching, research, and writing. While no two of them work the same way, they all share the conviction that the study of history is vital to mankind's sense of itself. They value rigorous training and conscientious professionalism. Both aspiring and professional historians will delight in learning how historians do their work, define their craft, and work their magic.

JUDITH LEE HALLOCK was an educator for over 30 years. She is the author of Braxton Bragg and Confederate Defeat, Volume II; General James Longstreet in the West: A Monumental Failure; The Civil War Letters of Joshua K. Callaway; and numerous journal articles. Hallock also contributed to the Encyclopedia of the Confederacy and to The American Civil War: Handbook of Research and Literature. She holds a Ph.D. in history from Stony Brook University in New York. Dr. Hallock lives in South Setauket, New York.

JOHN C. WAUGH is a journalist turned historian. After an eighteen-year career as a correspondent and bureau chief of The Christian Science Monitor, reporting the twentieth century, he began instead reporting the nineteenth, specializing in his lifelong fascination, the Civil War. He has since written ten books about that pivotal passage in American history, among them the award winning The Class of 1846 and Reelecting Lincoln, Surviving the Confederacy, On the Brink of Civil War, One Man Great Enough, Lincoln and McClellan, and 20 Good Reasons To Study The Civil War. He has also served on the senior staffs of two prominent national politicians, former Vice President Nelson Rockefeller and U.S. Senator Jeff Bingaman of New Mexico. He and his wife Kathleen D. Lively live in Arlington, Texas.

DRAKE BUSH grew up in Cincinnati, Ohio, and Northern Kentucky. He attended high school in Oak Ridge, Tennessee, and earned a Master's Degree in English in 1965 from the University of Tennessee. After three years as an English instructor at U.T., he joined Harcourt Brace College Publishers. He worked twenty-eight years for Harcourt, the last fifteen as History Editor. Now retired, Drake and his wife Mary live in Fort Worth, Texas, where they came to know and revere Grady McWhiney.