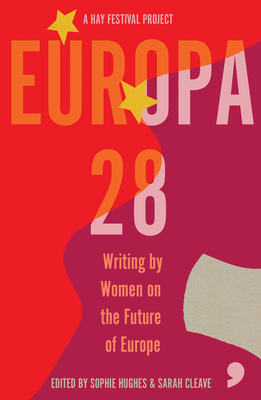 'To be European,' writes Leïla Slimani, 'is to believe that we are, at once, diverse and united, that the Other is different but equal.' Despite these high ideals, however, there is a growing sense that Europe needs to be fixed, or at the least seriously rethought. The clamour of rising nationalism – alongside widespread feelings of disenfranchisement – needs to be addressed if the dreams of social cohesion, European integration, perhaps even democracy are to be preserved. This anthology brings together 28 acclaimed women writers, artists, scientists, and entrepreneurs from across the continent to offer new perspectives on the future of Europe, and how it might be rebuilt. Featuring essays, fictions, and short plays, Europa28 asks what it means to be European today and demonstrates – with clarity and often humour – how women really do see things differently.

Asja Bakic is a Bosnian poet, writer, and translator. Zsofia Ban (b. 1957) is a writer, literary historian, essayist, and art and literature critic. She lives and works in Budapest and is currently DAAD writer-in-residence in Berlin. Annelies Beck is a writer and journalist. She has lived in the Netherlands, Brazil, the UK, and Belgium. Silvia Bencivelli is a science journalist, writer, and radio/TV broadcaster. Sarah Cleave is an Editor at Comma Press and the coordinator of the Northern Fiction Alliance. Hilary Cottam is an internationally acclaimed social activist. Lisa Dwan is an Irish performer, director, and writer.