Modern Esoteric: Beyond Our Senses (The Esoteric Series) 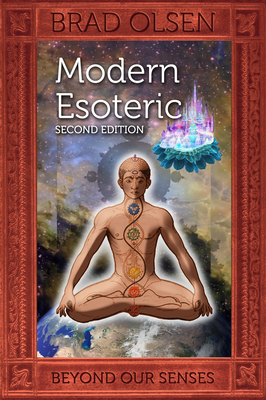 Modern Esoteric: Beyond Our Senses (The Esoteric Series)

This completely reworked second edition of Modern Esoteric includes new information, over a dozen additional images, and up-to-date revisions. Winner of the Best Book Design 2014, Modern Esoteric examines the flaws in modern history and looks at how conspiracy theories, esoteric knowledge, and fringe subjects can be used to help change the dead-end course humanity seems to be following. The Lifeology section explores the long and storied "alternative narrative" of life on this planet. In the Control section, author Brad Olsen examines how Big Brother is here in the form of the New World Order, and how they keep the knowledge of humankind's true nature from the mass population. Finally, the Thrive section looks at all the ways humans are evolving to achieve their full potential.

Brad Olsen is an award-winning writer who has appeared on various television shows, on nationally syndicated radio programs, and in an array of print publications. He has been interviewed for the hit History Channel series Ancient Aliens, and his commentaries have appeared on CNN, NPR, and more.