A Short History of the World in 50 Places 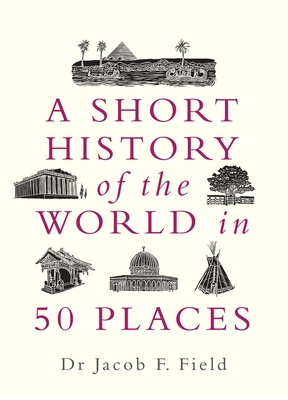 A Short History of the World in 50 Places

From the Olduvai Gorge in Tanzania, where remains of some of our earliest tool-using ancestors were found, to the CERN laboratory, where revolutionary technologies such as the World Wide Web were developed, each entry shows its influence on not just politics, but on the economy, culture, religion, and society, as well as their links to great historical figures such as Alexander the Great, Buddha and Nelson Mandela. The size of the places ranges from small geographical features like a cave in Saudi Arabia where Islam began, to larger areas or regions, like Hollywood. Many entries are cities, such as Jerusalem, Amritsar, and Rome, some others are buildings, like Anne Frank’s House in the Netherlands or the Confucius Temple in China, and there are even some that are rooms, such as the Hall of Mirrors in Versailles Palace. No place is too big or too small to be included, as long as it has had a significant impact on history.

Dr. Jacob F. Field is a historian and writer who was a contributor to 1001 Historic Sites and 1001 Battles. He is the author of One Bloody Thing After Another: The World's Gruesome History and We Shall Fight on the Beaches: The Speeches That Inspired History, both published by Michael O'Mara Books. He studied for his undergraduate degree at the University of Oxford and then moved to Newcastle University for his Ph.D., where he completed a thesis on the Great Fire of London. He then worked as a research associate at the University of Cambridge.