Right-Wing Violence in the Western World Since World War II 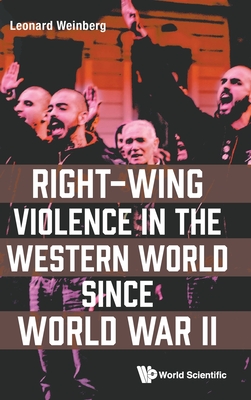 Right-Wing Violence in the Western World Since World War II

Right-wing violence is undergoing a revival on both sides of the Atlantic. In Europe, much of this violence has been a backlash against migrants and their offspring carried out by 'lone wolves' and organized groups. In the United States, race, gender, and religious hatreds have triggered far more than 'normal' levels of violence, including a resurgence of attacks on Jews and other anti-Semitic behavior. Examining the contours of the current violence, this book traces the development of the right-wing in the decades following the end of World War II.Right-Wing Violence in the Western World Since World War II considers right-wing violence during the postwar era, from the collapse of Nazi Germany and Fascist Italy to the mid-1950s alongside the right-wing sociological and political influences inherited before WWII. This chapter is followed by an overview of the right-wing in North America and Europe from the '60s onwards into the digital age. The book concludes with a timely and balanced assessment of 'the canary in the coal mine' for liberal democracy.