A Bad Boy Stole My Bra 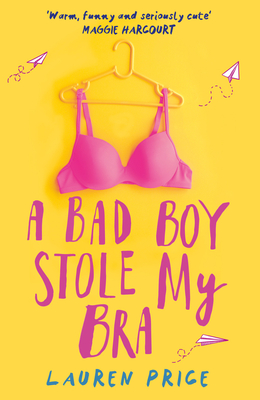 A Bad Boy Stole My Bra

By  Lauren Price
$ 13.99
Backordered
Imagine waking up in the middle of the night to find your new neighbor dangling out of your window. And not only is he dangling out of your window, he’s also clutching your tattiest bra in his hand. What. The. Actual. Fudge. When notorious bad boy and new kid on the block, Alec Wilde, moves in next door to Riley, sparks fly. Alec is everything that Riley despises—he’s cocky, obnoxious, and annoyingly handsome—and after their "unconventional" introduction, Riley is determined to get her own back. Alec picked the wrong girl’s bra to steal! A furious prank war ensues, and it’s clear Alec has met his match in Riley. But behind the playful give-and-take, Riley is barely holding it together. Her family is struggling to cope after her cousin’s death, her cheating ex-boyfriend is back in town, and maybe, just maybe, she’d like more from Alec than banter and practical jokes. But how can Riley get through to the real him when she can’t even take herself seriously?
Lauren Price is 19 years old, and first began writing A Bad Boy Stole My Bra at the age of 14.