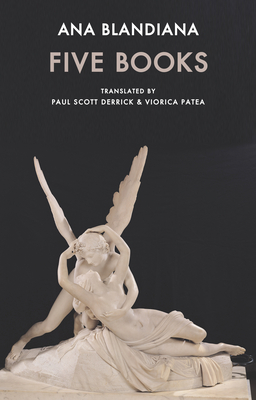 This new translation combines five of Ana Blandiana's previous collections, three of protest poems from the 1980s followed by her two collections of love poetry.

As one of Romania's foremost poets, and a leading dissident before the fall of Communism, Ana Blandiana's poetry has become symbolic of an ethical consciousness that refuses to be silenced by a totalitarian governments.

The poems of Predator Star (1985) and The Architecture of Waves (1990) chronicle a convulsed history and pose the question of how to resist the terror of history. Clock without Hours (2014) marks a return to rhyme, as Blandiana attempts a courageous renovation of traditional verse forms. Her fiercely militant voice - that helped inaugurate the postmodern idiom in Romanian poetry in 1984 - has modulated over time into a new tone of forgiveness and renunciation, expressed in meditations on the fragility and vulnerability of being.

She has also written two collections of love poems which rank among the most beautiful in contemporary Romanian poetry - October, November, December (1972) and Variations on a Given Theme (2018) - the second of these composed after the death of her husband, Romulus Rusan, in 2016.

A prolific and expansive poet, Ana Blandiana constantly re-invents herself. Her work ultimately reflects on universal issues, on human existence itself in our 21st-century consumer society.