Talking About God When People Are Afraid 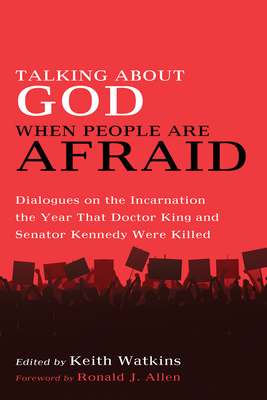 Talking About God When People Are Afraid

The Dialogues on the Incarnation presented in this book show a group of four preachers as they endeavored to help the people in their church make theological sense at a time when optimism and fear were intermingled. Although the details of life in the early 2020s differ from those in the 1960s when these sermons were delivered, preachers today face a similar challenge--to proclaim a Christian vision that interprets the interior experience of listeners and the dynamics of the outer world where strife, epidemic disease, and global warming dominate the news. These sermons show how preachers can draw upon their own insights and upon biblical scholarship, history, theology, ethics, philosophy, and psychology as they proclaim their gospel message. In the year when Doctor Martin Luther King Jr. and Senator Robert Kennedy were assassinated, these dialogues were described as ""an experiment in preaching."" They now are published, nearly sixty years later, to encourage and instruct a new generation of church leaders to continue the pastoral challenge of talking about God when most people are afraid.