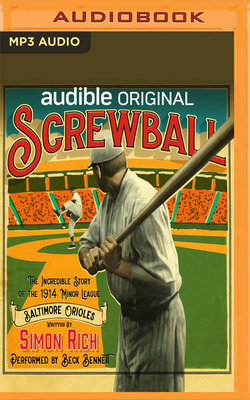 Before he was "Babe" or "The Sultan of Swat" or "The Great Bambino", George Herman Ruth was just another teenage misfit at St. Mary's School for Boys. But Ruth has something the other boys don't, and when Baltimore Orioles manager Jack Dunn watches him throw a baseball over a building, Ruth gets the chance to punch his ticket out of the orphanage. All he has to do now is make the team.

For help navigating life in the Minor Leagues, good-natured Ruth is paired with another rookie, one Jack Dunn, Jr., the coach's son. Even though they're the same age, Ruth looks up to his new pal and roommate. But despite his encyclopedic knowledge of the game and austere work ethic, "Junior" (as his teammates mockingly refer to him) can't field a ground ball to save his life. When Babe makes the roster and Junior doesn't, their budding friendship feels the strain.

As Babe's otherworldly on-field abilities and cringe-worthy off-field antics take center stage, jealous Junior resolves to sabotage the na ve and unsuspecting Babe. It's a choice that could prove catastrophic for not only the young phenom, but also Junior, his father and the entire sport of baseball. Told from the Babe's point of view, the hilarious and heart-felt Screwball is a classic story of friendship, envy and a legend-in-the-making.