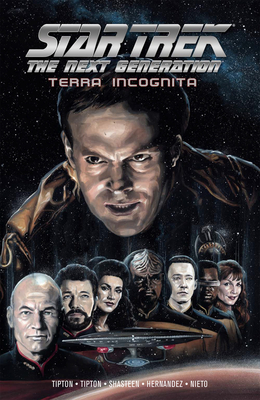 Following the blockbuster MIRROR BROKEN and THROUGH THE MIRROR storylines comes a brand-new Next Generation series, featuring untold tales of the U.S.S. Enterprise-D!

Following their clash with their villainous doubles from the Mirror Universe, the Enterprise crew returns to business as usual, little realizing the serpent in their midst--one of their own has been replaced! Six stories focusing on fan-favorite crew members of the Enterprise-D--including Deanna Troi, Wesley Crusher, and Selar--each connected by the machinations of this sinister doppelganger. What does Mirror Barclay want, and what's to become of his Prime-universe counterpart?!

This volume collects the six-issue series, continuing the saga of one of Star Trek's most popular iterations. These standalone stories mirror the sci-fi mainstay's established history of "done-in-one" episodes, which keep the series accessible to new fans and emphasize original and fascinating ideas.