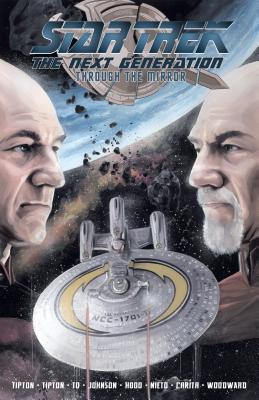 The Mirror Universe Next Generation crew is looking for new worlds to conquer, and they're crossing over to the Prime Star Trek Universe to find them!

When the Enterprise-D discovers a burned-out, pillaged Andorian vessel, the search for the culprits behind it leads to some startlingly familiar faces. But, how did the Mirror Universe crew find their way to ours, and what does Emperor Spock have to do with it? Plus, it's interstellar espionage aboard the Enterprise-D when the Mirror Universe crew infiltrates Captain Picard's ship!