Pretty Funny for a Girl 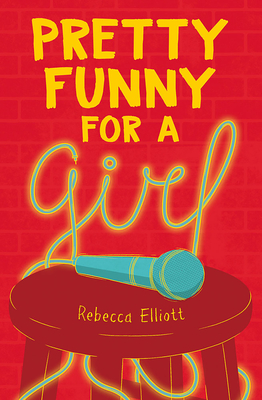 Pretty Funny for a Girl

By  Rebecca Elliott
Hardcover
$ 17.99
Out of Stock In Store (Click to Order)

Haylah Swinton is navigating friends, family, boys, and her curvy body--all while harboring a big secret: she wants to be a stand-up comedian star. A hilarious YA debut from author Rebecca Elliott.

"A refreshing coming-of-age read full of optimism, dreams, and plenty of stereotype-smashing laughs. A natural pick for Dumplin' (2015) fans." --Booklist

Haylah Swinton is an ace best friend, a loving daughter, and an incredibly patient sister to a four-year-old nutcase of a brother. Best of all, she's pretty confident she's mastered making light of every situation―from her mom's new boyfriend to unsolicited remarks on her plus-sized figure. Besides, she has a big secret: one day, she'll be a stand-up comedian star.

So when impossibly cool and thirstalicious Leo reveals he's also into comedy, Haylah jumps at the chance to ghost-write his sets. But is Leo as interested in returning the favor?

Even though her friends warn her of Leo's intentions, Haylah's not ready to listen―and she might just be digging herself deeper toward heartbreak. If Haylah's ever going to step into the spotlight, first she'll need to find the confidence to put herself out there and strut like the boss she really is.