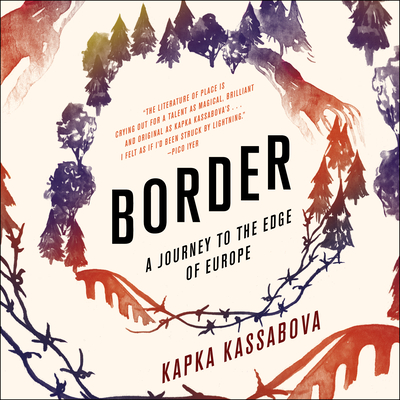 By  Kapka Kassabova , Narrated by  Corrie James
Compact Disc
$ 39.99
Out of Stock In Store (Click to Order)

In this extraordinary work of narrative reportage, Kapka Kassabova returns to Bulgaria, from where she emigrated as a girl twenty-five years previously, to explore the border it shares with Turkey and Greece. When she was a child, the border zone was rumored to be an easier crossing point into the West than the Berlin Wall, and it swarmed with soldiers and spies. On holidays in the "Red Riviera" on the Black Sea, she remembers playing on the beach only miles from a bristling electrified fence whose barbs pointed inward toward the enemy: the citizens of the totalitarian regime. Kassabova discovers a place that has been shaped by successive forces of history: the Soviet and Ottoman empires, and, older still, myth and legend. Her exquisite portraits of fire walkers, smugglers, treasure hunters, botanists, and border guards populate the book. There are also the ragged men and women who have walked across Turkey from Syria and Iraq. But there seem to be nonhuman forces at work here too: This densely forested landscape is rich with curative springs and Thracian tombs, and the tug of the ancient world, of circular time and animism, is never far off.