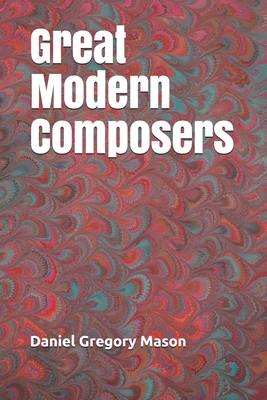 THIS book is intended as a sequel to "The Appreciation of Music," written some years ago by the present writer in collaboration with Mr. Thomas Whitney Surette. That volume carried the study of music from early times up to the death of Beethoven (1827); the present one takes it up there and carries it through the most important of the Romantic Composers and the composers of program music down to the present day, ending with studies of the two most widely accepted living musicians, Strauss and Debussy.The method of study which has secured so gratifying a reception for "The Appreciation of Music" has been retained here. The composers are discussed from the point of view of the listener; their chief qualities are pointed out as they may be noticed by an attentive layman; and only the rendition and interpretation of the examples for analysis require technical skill. Wherever the book is used as a text in schools, colleges or clubs, the teacher or leader should play and discuss these examples with great minuteness, as they are invaluable in bringing to a definite focus the more general discussion. Those private readers who cannot play them, however, may still get a helpful notion of their bearing by reading the descriptive notes, even without the music.During the past few years the study of the appreciation of music has passed the experimental stage and taken rank as an accepted part of a liberal education. Signs are not wanting that it is already affecting beneficially the standards of musical taste current among us. In the measure that it can do so, it will inevitably contribute not only to the reception, but to the production, of good music by Americans. It is the author's hope that this book may contribute its mite toward this ever to be desired end.