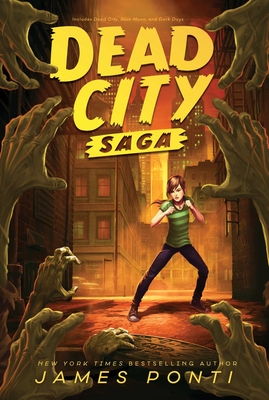 Discover the truth about who really lives above and below New York City with the entire Dead City trilogy—now available in one volume!

I hate zombies. I know that sounds prejudiced and I’m sure some are probably nice to kittens and love their parents. But it’s been my experience that these are the exceptions to the rule.

Meet Molly Bigelow. She’s recruited to become a zombie hunter just like her mother. As part of an elite team, OMEGA, her job is to protect the living—and the almost living—who share the island of Manhattan. Molly has to come to terms with the idea that zombies exist, and that it’s her job to help police them and keep the peace. At the same time, she just wants to be a regular kid. But can she figure out how to do that when her mother was the most feared—or most revered—zombie hunter in the history of New York City?

Molly’s missions take her from the Macy’s Thanksgiving Day parade to New Year’s Eve in Times Square as her loyalties and relationships are tested.