A Deception at Thornecrest (Amory Ames #7) 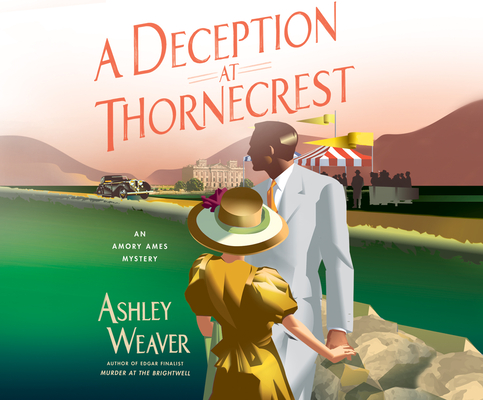 A Deception at Thornecrest (Amory Ames #7)

Amory Ames is alone at her country house, Thornecrest, enjoying her last few weeks of peace and quiet as she prepares for the imminent arrival of her baby. Her husband, Milo, is in London on business, and Amory is content to catch up on her correspondence, organize the nursery, and avoid the well-meaning if rather overbearing company of the ladies in the village as they prepare for the Springtide Festival. But then a woman appears on her doorstep, also claiming to be Mrs. Ames, Milo's wife.Amory's marriage has had its ups and downs in the past, but her faith in her husband has been restored, and Milo has been nothing but thrilled about becoming a father. Although the supposed second Mrs. Ames seems earnest, Amory is convinced she must be mistaken, a belief that Milo confirms upon his homecoming. However, when a second unexpected visitor arrives at Thornecrest, secret identities and whirlwind romances appear to be becoming par for the course.It's not until the day of the festival, when Milo's stable hand Bertie is found dead, that the strange characters appearing in town begin to seem more sinister, and Amory is determined to uncover the killer in the crowd.