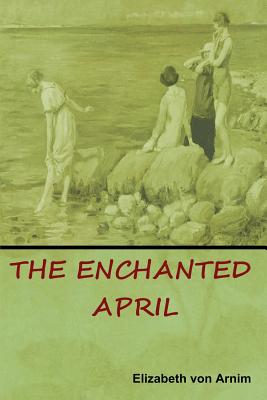 The Enchanted April is a 1922 novel by Elizabeth von Arnim. It was made into an RKO Radio movie in 1935, and a second adaptation, directed by Mike Newell, was released in 1992. The 1992 release received several Golden Globe and Academy Award nominations. A Tony Award-nominated stage play by Matthew Barber, also adapted from the novel, was presented on Broadway in 2003.

Elizabeth von Arnim's novel tells the story of four dissimilar women in 1920s England who leave their damp and rainy environs to go on a holiday to a secluded coastal castle in Italy. Mrs Arbuthnot and Mrs Wilkins, who belong to the same ladies' club but have never spoken, become acquainted after reading an advertisement for villas for rent in a newspaper. They find some common ground in that both are struggling to make the best of unhappy marriages. Having decided to seek other ladies to help share expenses, they reluctantly take on the waspish, elderly Mrs Fisher and the stunning, but aloof, Lady Caroline Dester. The four women come together at the castle and find rejuvenation in the tranquil beauty of their surroundings, rediscovering hope and love.

The movie based on The Enchanted April was shot on location at Castello Brown in Portofino Italy. The same castle where the author of the book stayed in the 1920s.