The Nature of Astrology: History, Philosophy, and the Science of Self-Organizing Systems 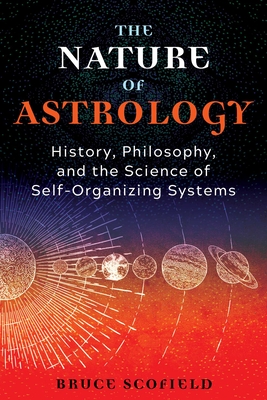 The Nature of Astrology: History, Philosophy, and the Science of Self-Organizing Systems

• Explores the early practice of astrometeorology, revealing the links between the solar system, weather, and climate over large spans of time

• Looks at the history, philosophy, and methodologies of astrology, as well as its potential future applications in medicine and the social sciences

Our ancient ancestors recorded the rhythms of the Sun, Moon, planets, and stars, correlating these rhythms with weather, plant growth, and animal and human behaviors. From these early geocosmic recordings were born calendars, astronomy, and astrology. While astrology is now mostly viewed as subjective fortune-telling, Bruce Scofield argues that astrology is not only a practice but also a science, specifically a form of systems science--a set of techniques for mapping and analyzing self-organizing systems.

Providing clear evidence that our solar system neighbors profoundly affect and shape life on our planet, Scofield shares modern biological and climatological studies on the effects of Earth’s rotation, the Sun, the Moon, and the rhythms of light, gravity, magnetism, and solar radiation on terrestrial processes. He explores the early practice of astrometeorology, a method of weather forecasting used from ancient times into the Renaissance, revealing the links between the solar system, weather, and climate over large spans of time. He shares his own studies on the correlations between Saturn’s position and terrestrial weather as well as presenting a wealth of evidence on astrological effects and the theories and mechanics behind them.

Examining the history of astrology, he looks at its earliest foundations in Mesopotamia and its development by the classical Greeks into a mathematically informed body of knowledge. He explores the decline and marginalization of astrology during the Scientific Revolution of the Renaissance and the Enlightenment, when astrology was transformed from a credible science to a controversial practice after being attacked by the Church and then abandoned by experimental scientists.

Presenting a broad look at how the cosmic environment shapes nature, the author shows how the practice and natural science of astrology can expand its applications in modern society in such varied fields as medicine, history, and sociology.

Bruce Scofield holds a doctorate in geosciences from the University of Massachusetts, a master’s degree in social sciences from Montclair University, and a degree in history from Rutgers. A member of the National Council for Geocosmic Research and president of the Professional Astrologers Alliance, he is the author of 14 books. He lives in Amherst, Massachusetts.