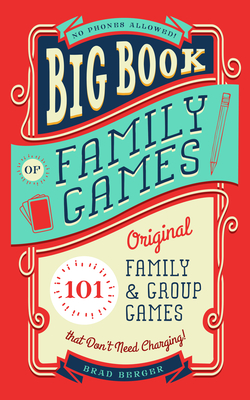 Brad Berger grew up in Great Neck, New York. He attended the University of Colorado, where he earned a degree in French, Italian, and German, and he spent several years living and working in Europe. He currently resides on Long Island, where he works as president and publisher of a 130-year-old, family-owned publishing company. Inspired to bring people back together without technological interruption, Brad crafted the ultimate playbook of original games to give people a reason to come together and "unplug" for a while.