Lost Among the Birds: Accidentally Finding Myself in One Very Big Year 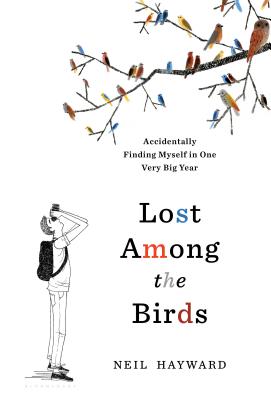 Lost Among the Birds: Accidentally Finding Myself in One Very Big Year

Birding was a lifelong passion. It was only among the birds that Neil found a calm that had eluded him in the confusing world of humans. But this time he also found competition. His growing list of species reluctantly catapulted him into a Big Year--a race to find the most birds in one year. His peregrinations across twenty-eight states and six provinces in search of exotic species took him to a hoarfrost-covered forest in Massachusetts to find a Fieldfare; to Lake Havasu, Arizona, to see a rare Nutting's Flycatcher; and to Vancouver for the Red-flanked Bluetail. Neil's Big Year was as unplanned as it was accidental: It was the perfect distraction to life.

Neil shocked the birding world by finding 749 species of bird and breaking the long-standing Big Year record. He also surprised himself: During his time among the hummingbirds, tanagers, and boobies, he found a renewed sense of confidence and hope about the world and his place in it.

Neil Hayward is a graduate of Oxford University. After receiving a Ph.D. in genetics from Cambridge University, he joined a biotech start-up and moved to the United States. In 2011, he left his job to set up his own consulting company. He holds the American Birding Association Big Year record for the most birds seen in one year. He is the field trip coordinator and board director for the Brookline Bird Club. This is Neil's first book. He lives in Cambridge, Massachusetts.