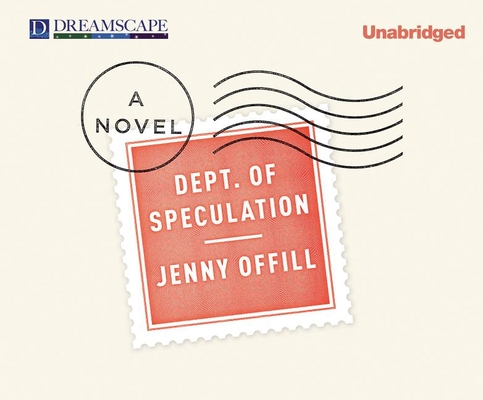 The Wife once exchanged love letters with her husband, coyly postmarked the Dept. of Speculation, their code name for all the uncertainty that inheres in life and in the strangely fluid confines of a long relationship. As they confront an array of common catastrophes - the arrival of a child and, later, a lover - the Wife puzzles over the mysteries of intimacy, trust, faith, knowledge, and romantic love. With mordant wit, the Wife analyzes her predicament, offering ferocious, wry, often devastating reflections on matrimony, motherhood, artistic ambition, and the condition of universal shipwreck that presents itself to so many of us at midlife.

Jenny Offill is the author of the novel Last Things, which was chosen as a notable or best book of the year by The New York Times, The Village Voice, and The Guardian. It was also a finalist for the Los Angeles Times First Book Award. Her short fiction has appeared in Story, Epoch, Boulevard, Significant Objects, and Electric Literature, among other places. Her children's books include 17 Things I'm Not Allowed to Do Anymore and 11 Experiments That Failed. She was a Wallace Stegner Fellow at Stanford University and now teaches in the writing programs at Brooklyn College and Columbia University.