The Life and Medieval Times of Kit Sweetly 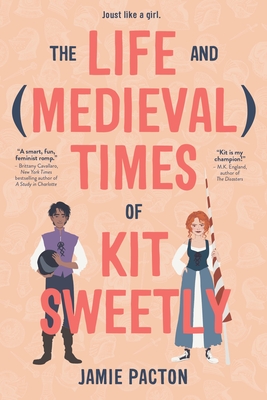 The Life and Medieval Times of Kit Sweetly

Moxie meets A Knight’s Tale as Kit Sweetly slays sexism, bad bosses, and bad luck to become a knight at a medieval-themed restaurant.

Working as a Wench—i.e. waitress—at a cheesy medieval-themed restaurant in the Chicago suburbs, Kit Sweetly dreams of being a Knight like her brother. She has the moves, is capable on a horse, and desperately needs the raise that comes with knighthood, so she can help her mom pay the mortgage and hold a spot at her dream college.

Company policy allows only guys to be Knights. So when Kit takes her brother’s place, clobbers the Green Knight, and reveals her identity at the end of the show, she rockets into internet fame and a whole lot of trouble with the management. But this Girl Knight won’t go down without a fight. As other Wenches and cast members join her quest, a protest forms. In a joust before Castle executives, they’ll prove that gender restrictions should stay medieval—if they don’t get fired first.

Jamie Pacton grew up minutes away from the National Storytelling Center in the mountains of East Tennessee. She adores architecture, gardens, art museums, beaches, cake, whiskey. She even kind of likes getting stuck in airports if she has a good book. Currently, she lives in rural Wisconsin with her husband, their two kids, and a dog named Lego. Find her on Twitter @JamiePacton.