Wednesdays in the Tower (Tuesdays at the Castle) 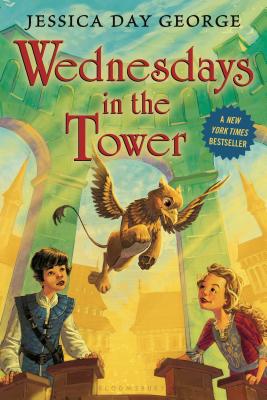 Wednesdays in the Tower (Tuesdays at the Castle)

By  Jessica Day George
Paperback
$ 7.99
Out of Stock In Store (Available to Order)

A castle that is constantly rearranging itself, and a young royal family sworn to protect it. Celie, Rolf, and their beloved Castle Glower are back in this exciting sequel to Tuesdays at the Castle.

When her brother Rolf dares her to catch magical Castle Glower creating a new room, Princess Celie takes the challenge. No one knows the Castle better than she does. But as usual, the Castle has ideas of its own. Celie finds the new room first, and inside it is hidden a giant egg. It looks like the Castle wants Celie to care for the egg and whatever creature it hatches, but Celie hadn't bargained for a pet. And caring for this one will prove to be especially tricky once Celie and her siblings realize what else the Castle is hiding . . .

Jessica Day George's magical series is a classic in the making—and not to be missed.

JESSICA DAY GEORGE is the New York Times bestselling author of the Tuesdays at the Castle series, the Twelve Dancing Princesses series, and the Dragon Slippers trilogy. Originally from Idaho, she studied at Brigham Young University and worked as a librarian and bookseller before turning to writing full-time. She now lives in Salt Lake City, Utah, with her husband and their three young children.
www.jessicadaygeorge.com
@jessdaygeorge