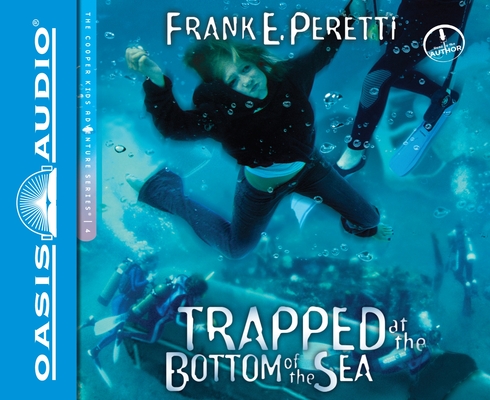 Time is running out on a desperate rescue mission...

After an argument with her father, a sullen Lila Cooper boards an Air Force flight from Japan to the U.S. Her brooding is interrupted when a sudden hijacking leads to a scuffle and an explosion, causing the plane to plummet toward the Pacific Ocean. Trapped inside a secret weapons pod on the ocean floor, Lila can do nothing but pray that rescuers will find her before her oxygen supply runs out.

Meanwhile, Jay Cooper and his father team up with journalist Meaghan Flaherty in a frantic struggle to beat a group of angry terrorists to the pod. You will be holding your breath to find out what happens next.

Don’t miss the other exciting audio books in The Cooper Kids Adventure Series® — The Door in the Dragon’s Throat, Escape from the Island of Aquarius, and The Tombs of Anak.

Frank E. Peretti is the best-selling author of Crossway’s This Present Darkness, Piercing the Darkness, Tilly, and Prophet. His novels have sold over 10 million copies, and he is widely credited with reinventing Christian fiction.