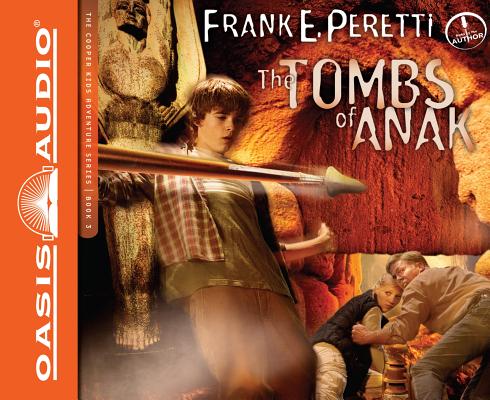 An angry terror lurks at the bottom of a dark pit...

Jay and Lila Cooper are back for another adventure, this time in search of a young treasure-seeker whose ambitions drove him to the bottom of a pit, never to return. In their struggle to understand what happened to him, the Coopers learn of a greedy, man-eating creature known as Ha-Raphah, who terrorizes locals into worshiping him. Although they are certain he is extremely dangerous, Jay and Lila are determined to uncover the truth.

This story of dangerous exploits and a mission to stop an evil that holds a population in its crushing grip will have you hooked from start to finish.

Don’t miss the other exciting audio books in The Cooper Kids Adventure Series® — The Door in the Dragon’s Throat, Escape from the Island of Aquarius, and Trapped at the Bottom of the Sea.

Frank E. Peretti is the best-selling author of Crossway’s This Present Darkness, Piercing the Darkness, Tilly, and Prophet. His novels have sold over 10 million copies, and he is widely credited with reinventing Christian fiction.