Sidney Chambers and the Shadow of Death: The Grantchester Mysteries 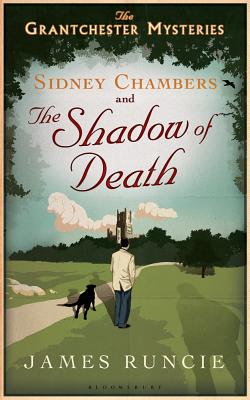 Sidney Chambers and the Shadow of Death: The Grantchester Mysteries

By  James Runcie
Paperback
$ 18.00
Out of Stock In Store (Available to Order)

The first of the Grantchester Mysteries, and inspiration for the PBS/Masterpiece television series, finds Vicar Sidney Chambers beginning his career, as both a spiritual leader and a detective.

It is 1953, the coronation year of Queen Elizabeth II . Sidney Chambers, vicar of Grantchester and honorary canon of Ely Cathedral, is a thirty-two-year-old bachelor. Tall, with dark brown hair, eyes the color of hazelnuts, and a reassuringly gentle manner, Sidney is an unconventional clerical detective. He can go where the police cannot.

Together with his roguish friend, inspector Geordie Keating, Sidney inquires into the suspect suicide of a Cambridge solicitor, a scandalous jewelry theft at a New Year's Eve dinner party, the unexplained death of a jazz promoter's daughter, and a shocking art forgery that puts a close friend in danger. Sidney discovers that being a detective, like being a clergyman, means that you are never off duty, but he nonetheless manages to find time for a keen interest in cricket, warm beer, and hot jazz-as well as a curious fondness for a German widow three years his junior.

With a whiff of Agatha Christie and a touch of G. K. Chesterton's Father Brown, The Grantchester Mysteries introduces a wonderful new hero into the world of detective fiction.

James Runcie is an award-winning film-maker, playwright and literary curator. He is the author of twelve novels that have been translated into twelve languages, including the seven books in the Grantchester Mysteries series. He has been Artistic Director of the Bath Literature Festival, Head of Literature and Spoken Word at the Southbank Centre, London, and Commissioning Editor for Arts on BBC Radio 4. He is a Fellow of the Royal Society of Literature. He lives in Scotland.