Tuesdays at the Castle 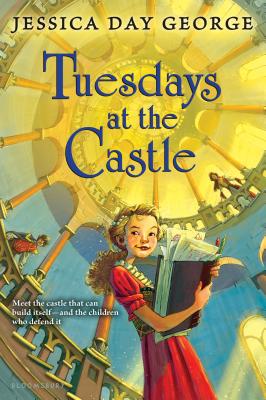 Tuesdays at the Castle

Every Tuesday Castle Glower takes on a life of its own-magically inventing, moving, and even completely getting rid of some of its rooms. Good thing Princess Celie takes the time to map out these never-ending changes. Because when the castle is ambushed and Celie's parents and oldest brother go missing, it's up to Celie to protect their home and save their kingdom. A great new series that readers will devour

JESSICA DAY GEORGE is the author of Princess of Glass and Princess of the Midnight Ball, as well as three novels in the Dragon Slippers series. Originally from Idaho, she studied at Brigham Young University and has been a movie store clerk, a bookseller, and a school office lady before becoming a writer. Jessica lives with her husband, their two young children, and a five-pound Maltese named Pippin who often makes cameo appearances in her books.?www.jessicadaygeorge.com