Discontent and Its Civilizations: Dispatches from Lahore, New York, and London 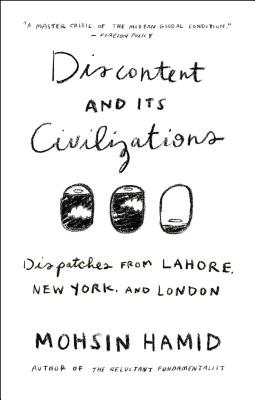 Discontent and Its Civilizations: Dispatches from Lahore, New York, and London

From one of his generation's most inventive and gifted writers (The New York Times), intimate and sharply observed commentary on life, art, politics, and the war on terror.
Mohsin Hamid's brilliant, moving, and extraordinarily clever novels have not only made him an international bestseller, they have earned him a reputation as a master critic of the modern global condition (Foreign Policy). His stories are at once timeless and of-the-moment, and his themes are universal: love, language, ambition, power, corruption, religion, family, identity. Here he explores this terrain from a different angle in essays that deftly counterpoise the personal and the political, and are shot through with the same passion, imagination, and breathtaking shifts of perspective that gives his fiction its unmistakable electric charge.
A water lily who has called three countries on three continents his home Pakistan, the birthplace to which he returned as a young father; the United States, where he spent his childhood and young adulthood; and Britain, where he married and became a citizen Hamid writes about overlapping worlds with fluidity and penetrating insight. Whether he is discussing courtship rituals or pop culture, drones or the rhythms of daily life in an extended family compound, he transports us beyond the scarifying headlines of an anxious West and a volatile East, beyond stereotype and assumption, and helps to bring a dazzling diverse global culture within emotional and intellectual reach.

Mohsin Hamid is the internationally bestselling author of Moth Smoke, The Reluctant Fundamentalist, and How to Get Filthy Rich in Rising Asia. His award-winning novels have been adapted for the cinema, shortlisted for the Man Booker Prize, and translated into more than thirty languages. His essays and short stories have appeared in The New York Times, The Washington Post, and The New Yorker, among many other publications. Hamid now resides in Lahore, his birthplace, after living for a number of years in New York and London.