To the Letter: A Celebration of the Lost Art of Letter Writing 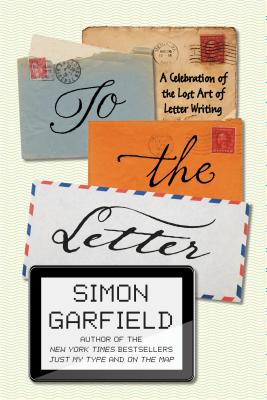 To the Letter: A Celebration of the Lost Art of Letter Writing

The "New York Times" bestselling author of "Just My Type" and "On the Map "offers an ode to letter writing and its possible salvation in the digital age.
Few things are as exciting and potentially life-changing as discovering an old letter. And while etiquette books still extol the practice, letter writing seems to be disappearing amid a flurry of e-mails, texting, and tweeting. The recent decline in letter writing marks a cultural shift so vast that in the future historians may divide time not between BC and AD but between the eras when people wrote letters and when they did not. So "New York Times" bestselling author Simon Garfield asks: Can anything be done to revive a practice that has dictated and tracked the progress of civilization for more than five hundred years?
In "To the Letter," Garfield traces the fascinating history of letter writing from the love letter and the business letter to the chain letter and the letter of recommendation. He provides a tender critique of early letter-writing manuals and analyzes celebrated correspondence from Erasmus to Princess Diana. He also considers the role that letters have played as a literary device from Shakespeare to the epistolary novel, all the rage in the eighteenth century and alive and well today with bestsellers like "The Guernsey Literary and" "Potato Peel Pie Society." At a time when the decline of letter writing appears to be irreversible, Garfield is the perfect candidate to inspire bibliophiles to put pen to paper and create a form of expression, emotion, and tactile delight we may clasp to our heart.

Simon Garfield is the author of fourteen acclaimed books of nonfiction including "Just My Type "and "On the Map." He lives in London and St. Ives, Cornwall.