Warden of Greyrock: The Warlocks of Talverdin, Book 3 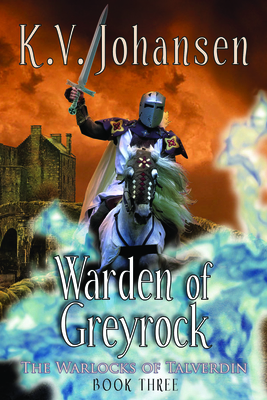 Warden of Greyrock: The Warlocks of Talverdin, Book 3

Maurey, the half human, half Nightwalker Warden of Greyrock, and Annot, the dauntless Baroness of Oakhold, have settled down in Greyrock Castle, but those who still hate and fear the Nightwalkers threaten to destroy all they've worked for. While Maurey hunts for two outlaws who may guard an ancient secret, his liegeman Korby begins to uncover the truth about the cult of the Yehillon. Their enemies are always one step ahead of them though. Captured by the Yehillon and held as a hostage against Maurey, Annot struggles to survive and escape. A terrible choice lies before Maurey. If he abandons his defence of the border to save Annot, all Talverdin may fall as the Yehillon, led by their veiled prince, finally carry out a long-laid plan to wipe the warlocks from the face of the earth.