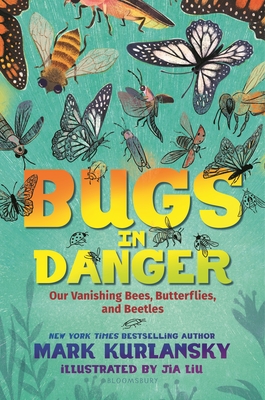 By  Mark Kurlansky , Illustrated By  Jia Liu
Hardcover
$ 19.99
Out of Stock In Store (Click to Order)

By now you've probably heard that bees are disappearing--but they aren't the only species at risk. Populations of fireflies, butterflies, and ladybugs have all been declining in recent years, too. This middle grade nonfiction explains the growth, spread, and recent declines of each of these four types of insects. Exploring human causes, like the Baltimore electric company that collected fireflies to attempt to harness their phosphorescent lighting source, to natural occurrences, like the mysterious colony collapse disorder that plagues bee populations, master nonfiction storyteller Mark Kurlansky shows just how much bugs matter to our world.