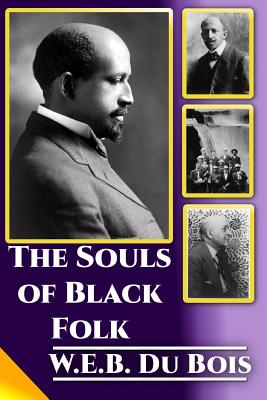 Editor  Success Oceo , W. E. B. Du Bois
Paperback
$ 6.99
Unavailable Online - Please Call 617-566-6660 For More Information
Classics for Your Collection: goo.gl/U80LCr --------- The Souls of Black Folk is a classic work of American literature by W. E. B. Du Bois. It is a seminal work in the history of sociology, and a cornerstone of African-American literary history. The book, published in 1903, contains several essays on race, some of which the magazine Atlantic Monthly had previously published. To develop this work, Du Bois drew from his own experiences as an African American in the American society. Outside of its notable relevance in African-American history, The Souls of Black Folk also holds an important place in social science as one of the early works in the field of sociology. Scroll Up and Get Your Copy.

William Edward Burghardt "W. E. B." Du Bois (February 23, 1868 - August 27, 1963) was an American sociologist, historian, civil rights activist, Pan-Africanist, author, and editor. Born in Great Barrington, Massachusetts, Du Bois grew up in a relatively tolerant and integrated community. After completing graduate work at the University of Berlin and Harvard, where he was the first African-American to earn a doctorate, he became a professor of history, sociology, and economics at Atlanta University. Du Bois was one of the co-founders of the National Association for the Advancement of Colored People (NAACP) in 1909.