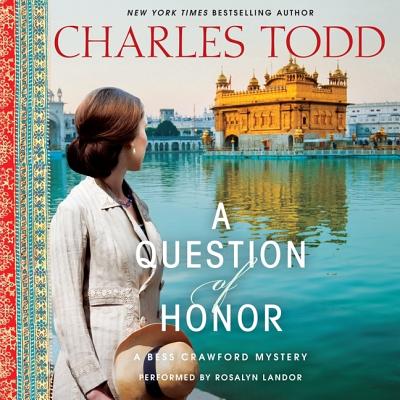 In the latest mystery from New York Times bestselling author Charles Todd, World War I nurse and amateur sleuth Bess Crawford investigates an old murder that occurred during her childhood in India, and begins a search for the truth that will transform her and leave her pondering a troubling question: How can facts lie?

In 1908, when a young Bess Crawford lived in India, an unforgettable incident darkened the otherwise happy time. Her father's regiment discovered it had a murderer in its ranks, an officer who killed five people yet was never brought to trial.

A decade later, tending to the wounded on the battlefields of France during World War I, Bess learns from a dying man that the alleged murderer, Lieutenant Wade, is alive and serving at the Front. According to reliable reports, he'd died years before, so how did Wade escape India? What drove a good man to murder in cold blood? Bess uses her leave to investigate. But when she stumbles on the horrific truth, she is shaken to her very core. The facts reveal a reality that could have been her own fate.