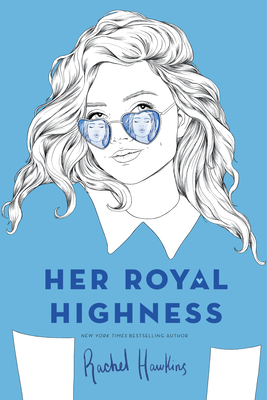 By  Rachel Hawkins
Paperback
$ 9.99
On Our Shelves Now

Millie Quint is devastated when she discovers that her sort-of-best friend/sort-of-girlfriend has been kissing someone else. Heartbroken and ready for a change of pace, Millie decides to apply for scholarships to boarding schools . . . the farther from Houston the better.

Soon, Millie is accepted into one of the world's most exclusive schools, located in the rolling highlands of Scotland. Here, the country is dreamy and green; the school is covered in ivy, and the students think her American-ness is adorable.

The only problem: Mille's roommate Flora is a total princess.

At first, the girls can't stand each other, but before Millie knows it, she has another sort-of-best-friend/sort-of-girlfriend. Princess Flora could be a new chapter in her love life, but Millie knows the chances of happily-ever-afters are slim . . . after all, real life isn't a fairy tale . . . or is it?

Rachel Hawkins lives in Auburn, Alabama with her husband and son, three cats, and numerous abandoned craft projects. When not writing about fake royals, she's reading about the exploits of real ones and tracking some of their bigger scandals via her #SexyHistory stories on Twitter. Her Royal Highness is Rachel's eleventh novel.